New Jersey became the first U.S. state to generate more than $1 billionin sports betting in a single month by taking in $1.01 billion in wagers in September. The new high for sports betting came as New Jersey also set a new high for online casino revenue, helping to push New Jersey to the total gaming revenue record ($453.6 million), according to PlayNJ, which tracks gaming developments in the state. 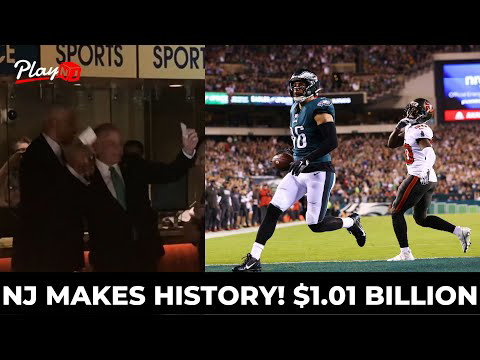 "The state's gaming industry has seemingly run out of ways to surprise, but sportsbooks reaching $1 billion in monthly handle is a reminder that there is no gaming market in the U.S. that is playing on New Jersey's level," said Eric Ramsey, an analyst for the PlayUSA.com Network, which includes PlayNJ.com.

"The relentless growth in online sports betting and casino gaming continues to lift the entire industry."

According to official reporting released Monday, New Jersey's online and retail sportsbooks attracted $1.01 billion in September, breaking the state and U.S. record of $996.3 million that New Jersey set in December 2020. September's volume was up 35.1% from the $748.6 million generated in September 2020, up 52.1% from $664.7 million in August. (Click here for PlayNJ's documentary on New Jersey's path to $1 billion.)

New Jersey crossing the $1 billion threshold has been a long time coming. Sportsbooks combined to generate at least $930 million in wagering in November, December, and January. Football was the key, generating $400.8 million in wagers on completed events as college football played a full schedule and the NFL returned in September.

"Football wagering is vital in every state where sports betting is legal and necessary for sportsbooks to reach such heights," said David Danzis, an analyst for PlayNJ.com.

Bettors wagered $918.4 million in September through online sportsbooks, representing 90.8% of the statewide handle. That is the second-most all-time. Meadowlands/FanDuel/PointsBet/SuperBook again led the online market with $36.6 million in gross revenue, up from $23.6 million in August.

Retail sportsbooks attracted a record $92.7 million in September, up from $51.8 million in wagers in August. Meadowlands/FanDuel dominated the retail market again with $4.7 million in revenue.

New Jersey sportsbooks have already shattered their annual records for revenue and wagers, producing $558.0 millionin revenue on $7.1 billion in wagering through the first nine months of 2021.

"As impressive as September was, New Jersey's sports betting market hasn't yet reached its ceiling," Ramsey said. "The NBA and college basketball seasons could really send wagering into another stratosphere in the coming months."